For our first interview on the film side of things, we spoke with filmmaker Sean Breathnach about various aspects of filming, his works, and what inspires him. Check it out below. 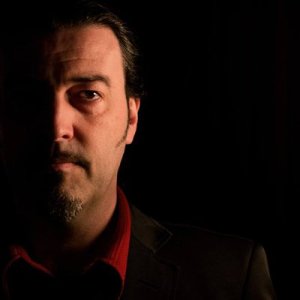 Why did you decide to go into screenwriting/directing?

I had been writing stories since I was very young. Short stories, ideas for graphic novels, even a novel (though it was shite!). I was a huge reader as a kid – King, Koontz, Herbert, Clarke – it felt natural for me to want to emulate them by writing. I only discovered screenwriting was a thing when I was older. So I began to write comedy scripts mostly, and though I had some success with them and some were optioned, none ended up being made. I realised if I wanted to see anything made I’d have a better chance if I just went and shot it myself. And that’s what I did – and have been doing ever since 🙂

What would you say are the main differences between the two?

Good question. I mostly direct my own scripts so for me there’s a progression from one to the other. But both are completely different. Screenwriting can be a solitary pursuit, which is grand, you can work away on a script any time you feel like it. You can take time with it. A script always has potential. Directing is a whole different ballgame. You’re out there working with cast and crew. Finding locations. Working with lots of people. Collaborating. Making decisions. The pressure is on. Time is money, and there’s never enough of it. As a director you’re with the film for a very long time so you have to love the film. You’ll be involved at some level with the script, then casting, crewing, shooting, editing, grading, distribution and promotion – it’s a big commitment.

Tell us about your film, Beyond the Woods?

Beyond The Woods is a supernatural horror movie set in an isolated house in the middle of a forest. Seven friends have decided to meet up after not seeing each other for a long time. Unfortunately for them, a fiery sink-hole has opened up in the mountains near the house and it’s burning hot and spewing out sulphur.

The friends are determined to make a good weekend of it even though the roads around the area are closed and there’s a nauseating stink outside. They might be confined to the house, but they know how to party. As the weekend progresses some of the friends start behaving out of character, one disappears, and they all experience troubling events. It’s too late when they realise that it’s not just a sink-hole that opened near their isolated retreat, but something altogether more horrific…

Are there any horror writers/directors you draw inspiration from?

Loads! Directly or indirectly I’ve been influenced by so many – King, Herbert and Koontz from the writing side. As far as directors – Carpenter, Lynch, Hooper, Romero, Wan, Craven – I could go on – I watch a lot of films.

What experiences did you draw from it being a feature film?

So many. You never really know what it is to make a feature film until you make one. I’ve read a lot of books and articles, and I’ve watched interviews with lots of directors and screenwriters. But there’s no teacher quite like experience. I’d made a lot of short films so I know the technical stuff and I’ve always been very comfortable with actors. I spent two weeks making detailed shotlists, then threw them out after the first day! But I was still glad I had them – they forced me to think in detail about the film and how it was all going to cut together. Editing was intimidating at the start! Having to edit a full feature and make sure that all the scenes worked together. Then there’s all that comes with getting your film out into the world. That takes a lot more time and effort than you’d expect.

Have you any future projects in the pipe line?

I am shooting a short film at the moment – that’s a nice break from doing a feature! I also have another horror feature written and I’ve sent it out to producers to gauge interest. I know how slowly things move when it comes to feature films, but I’d like to be shooting the next one some time next year.

What is your favourite horror movie?

I’ve always dreaded being asked that question! I guess the one I’ve watched most is Jacob’s Ladder – its surreal images and nightmare scenes combined with great characters had a big influence on me. I like horrors with character – it helps when you care, or at least feel something for the protagonists. I mean, we all know they’re going to die anyway, right? I find it hard to pick a favourite though, there are so many great horrors out there.

What do you think of the current state of the horror genre, both, independently and Hollywood?

Are you excited for any film coming due out?

Is there any advice you could give to up and coming writers/directors?

Persist. And work hard. Keep trying. Keep reading scripts and watching movies, it’ll happen for you – it’s just that sometimes it takes a lot longer to get there than you might have thought.

For more information on Sean, and his work, you can check out his website.