We spoke to writer Mandi Jourdan, who has just recently released her collection of short stories, Shadows of the Mind, via the good guys over at Aphotic Realm.

Tell us a little about yourself?

I’m twenty-two and graduated last year from Southern Illinois University at Carbondale with my BA in English/Creative Writing. I’m currently working on my MFA in Fiction at SIUC. I’m a cat mom; I lived in a dorm for undergrad and wasn’t allowed pets other than fish, and I swore that when I moved out, I would have a cat. Now I have three: Seraphina (Sera), Leonidas (Leo), and Vanessa.

Tell us about your upcoming collection of stories, Shadows Of The Mind?

I’m beyond excited to see it published. I’ve been working with these characters since the first pieces of the plot came to me in junior high. I was never really happy with Lacrimosa, the first novel in the series that Shadows of the Mind connects to. I thought that writing short stories and getting closer to the characters that way would help me understand them more while I stepped back from the novels for a while and reworked the timeline. I submitted “Goddess,” which takes place at about the time of the third novel, to Aphotic Realm, and I told the editors

that I had other stories in the same world. They ended up wanting to read the others and mentioned publishing them as a set on the website and in collection form, after enough had been written. That was honestly one of the best things that has ever happened to me. Submitting short stories, one gets a lot of rejection letters, and after a while, they’re incredibly demoralizing. To not only have a story accepted but have editors want to see and publish more of my work made me happier than I know how to express. It made me confident in my writing again, and it made me want to return to working on the novels, too. I don’t think that I would’ve finished Lacrimosa’s rewrite if it weren’t for that.

Why did you think Aphotic Realm was a good home for this particular collection?

The editors are just amazing. They were enthusiastic about working with me on the collection, and I’ve developed a relationship with them that I’ve never had when publishing in other places. 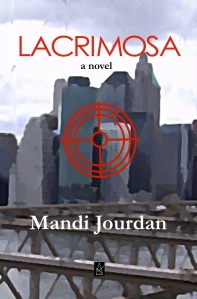 Dustin worked with me on the book every step of the way and made me feel like part of the process. Also, seeing the art Gunnar made for the cover put me in a great mood for days. Seeing my character and my world in that form was surreal. Adrian even promoted the collection on Twitter with a (Philip) Dick joke. They’re all wonderful people, and I’m so thankful to have the chance to work with them.

What do you think makes great dark fiction?

For me, it’s finding a way to maintain some humanity in the darkness. I’m less intrigued by characters who just kill for the sake of killing than by moral ambiguity and characters who are conflicted about the awful things they do. If someone’s doing bad things but for reasons that they think are morally defensible, I’ll be drawn in and probably root for them even if they’re a villain. I’ve always loved villains, and I think what makes a character a good villain is that they’re the hero in their own mind.

As an editor, what do you look for when reading a submission?

I’m a sucker for great world-building and engaging characters, but above all, I look for a story (or poem) that I can’t stop thinking about. If an author can pull me into their world and keep me wanting more or make me sad that their piece ends, then I want it.

I’m currently revising Veritas, the sequel to Lacrimosa, and I hope to publish it this year and potentially move on to book three. I’m also desperately trying to publish Blood and Fury, my YA fantasy novel. I have another sci-fi book that’s been published as a novella and is in the process of becoming a novel, and I’m planning quite a few more short stories. I’ve also just put out the first issue of Alcyone and plan to publish several more this year. (We’re open for submissions!) I’m happiest when I’m writing regularly, and balancing teaching and classes with working on what I love is a lot of fun.