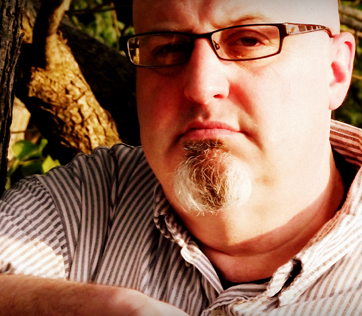 John F.D. Taff is a Bram Stoker Award®-Nominated author with more than 30 years experience, 90+ short stories and five novels in print. His first fiction collection, Little Deaths, was named the best horror collection of 2012 by HorrorTalk. Jack Ketchum called his novella collection, The End in All Beginnings, “one of the best novella collections I’ve read.” His new fiction collection, Little Black Spots, will be available from Grey Matter Press in the Spring of 2018. Look for more of his work in anthologies such as Cutting Block Book’s Single Slices, Gutted: Beautiful Horror Stories, The Beauty of Death, Shadows Over Main Street 2 and Behold: Oddities, Curiosities and Undefinable Wonders. Taff lives in the wilds of Illinois with three pugs, two cats and one long-suffering wife.

Why did you choose to write horror? What does horror mean to you?

I didn’t. I think horror chose me, as I think any writer of any genre probably believes. It was what caught my attention when I started writing as a child. I’d moved from reading comic books to science fiction to fantasy to horror. And when I got serious about writing, horror was what fired my imagination. Still does.

As far as what it means to me, I think horror affords me the largest canvas on which to paint. Since horror is an emotion—and as such is wildly subjective—I can write almost any kind of 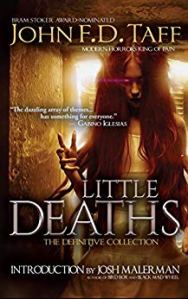 story and have it fall under the broad umbrella of horror. I love that about the genre. It really allows me to spread my wings, as it were, and go outside of just the tried-and-true horror tropes.

Is there anything you don’t like about the genre (eg – a particular sub-genre etc)?

Not really. I mean there are tired tropes, like there are in any genre. I think in horror these are, at least at the moment, vampires and zombies. Not that they can’t come back, but right now they’re overused and mostly not particularly well used. I’m not a huge fan of more splattery horror, generally because a lot of it tends to be not that well done. But that’s just me. I like my horror with that feeling of creepy, building dread. Gore has its place, though, and can be used for fantastic effect.

Why do you think a horror story might fail?

Oh, lord, plenty of reasons. Characters are cardboard, dialog is awful, writing is poor. And the story might be just too complicated. Or too simple. Or trite. There are as many reasons a story might fail as there are why it might succeed.

Your latest collection, Little Black Spots, is out this month. Tell me about that? 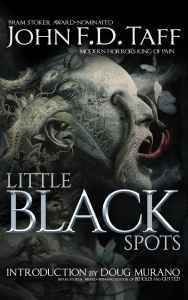 Little Black Spots features 15 short horror stories, about half previously published in other venues and half never before published. It’s out since Sept. 18 from Grey Matter Press, in all formats worldwide. It features what I think is some of my best work. Bram Stoker Award-Winning Editor, Doug Murano wrote a terrific introduction for it. And, as an added bonus, we’ve included an excerpt from my upcoming epic horror novel The Fearing, out in the Spring from Grey Matter.

What are the main differences between writing a collection of short stories and a novel?

Plenty. Novels are great at developing character, really laying in nuance and detail, as a painter might. You have a big canvas to tell a story, and it’s fantastic to be able to take advantage of that. Short stories are sketches. You have to be able to draw the broad lines of character and story in a constrained space. Short stories force an author to work harder, but also allow a reader a fuller application of their own imagination.

You’ve had a number of work already publishing. Just how exciting is it to have a new one coming out?

It never gets old. Never. 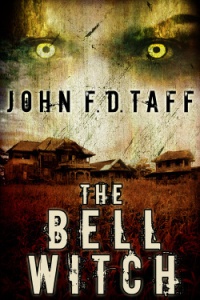 What was the first work you published (if you can remember), and how have you, as a writer, progressed from there?

The first story I sold was “The Two of Guns,” a little weird western thing I wrote for my grandfather. That was when I was just getting started, still learning the rudiments of the craft. I’m still learning—because if you’re not learning, you’re stagnating—but I think I’ve gotten better at the basic idea of telling a story. What goes into a story—believable, relatable characters, dialog that rings true, and a plot with a beginning, middle and an end. I don’t consider myself an author as much as a story teller. Because if you can’t tell a story, I mean, what’s the point?

What influences your writing?

It might be tiresome, but everything. As a writer, you have to be able to take everything you experience—sights, sounds, smells, tastes, feelings, people, experiences—all of it, and apply it to your writing. So everything I experience, every person I meet eventually becomes part of something I write, even if it’s just a characteristic or a snippet of speech.

If you had to choose an event from history to base a story/novel on, what would you choose, and why?

My next novel, which I’m just starting to develop, will be a ghost story. And I’m mashing up some of my favorites, in order to be able to more fully stand them on their head and play with the standards of haunted houses and ghosts. To that end, one of my favorite “historical” hauntings has always been the Borley Rectory in England. I can’t wait to dig into that and play 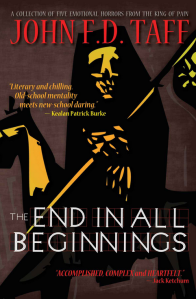 with some of its details.

Hmmm…maybe Dracula, to be part of Van Helsing’s team, destroying vampires in gloomy Transylvania. I would most definitely not want to be part of An American Werewolf in London. That movie still freaks me out.

Want to find out more about John? Check out his website here and his Amazon page here.