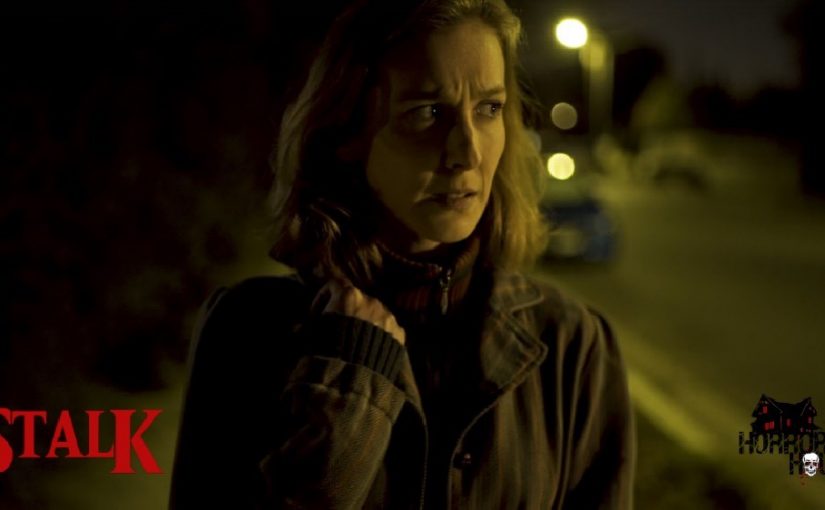 The team of Michael Coulombe/Brantley J. Brown and their Horror House Media project got off to great start when they released their debut short film, Soundbite, last year.

Now, they have followed up with more of a straight-up hunter/prey approach for the second release. For the most part, it’s a throw back to the movies of yesteryear, with the POV of the killer watching his next potential victim. Michael Myers comes to mind. And this is what Johnson wants you to think with his script. However, as we learned from Soundbite, he knows how to tell the basic, but in an unique way.

With these type of films, visual storytelling is a huge factor in how well the story is portrayed overall; and Coulombe does a good job in portraying the sense of dread that the audience needs to feel. All of this sets the ending up nicely, which really makes or breaks the film. Do they go with the obvious cliche ending? No, of course not, because this is a team that has enough confidence to tie it all together.

A solid follow up to Soundbite; it’s a film that hangs on its ending, which is strong and impactful enough to hold it together.

One thought on “REVIEW: Stalk”