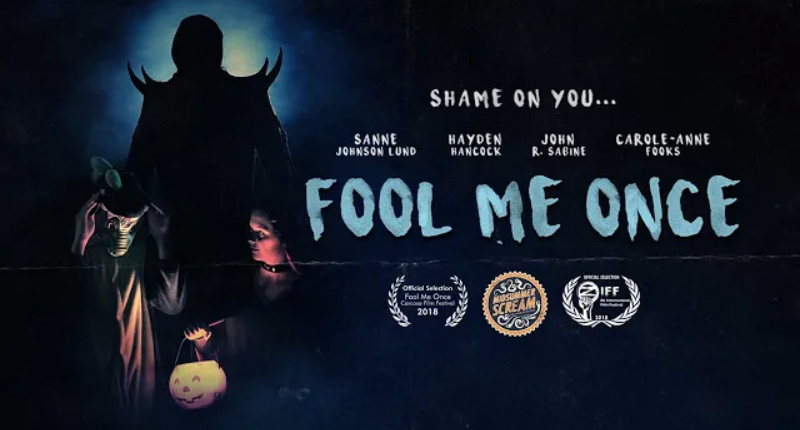 Welcome to part seven of The Horror Club’s 31 Days of Halloween, where we aim to share a Halloween themed short film for each day of October. You can check out the previous one here.

The seventh short film is called Fool Me Once and tells the story of a juvenile plan to obtain more candy on Halloween backfires on two Australian trick-or-treaters as they venture out past curfew despite reports of a ritualistic murderer on the lose.

The film comes from Silver Eye Pictures and is directed by Justin Wiggins from a Wiggins and Michelle Rubin script. Sanne Johnson Lund, Hayden Hancock and John R. Sabine star; it was released in 2017 and clocks in at just over 13 minutes.

Don’t forget to tune in next time for #8

Check it out below: