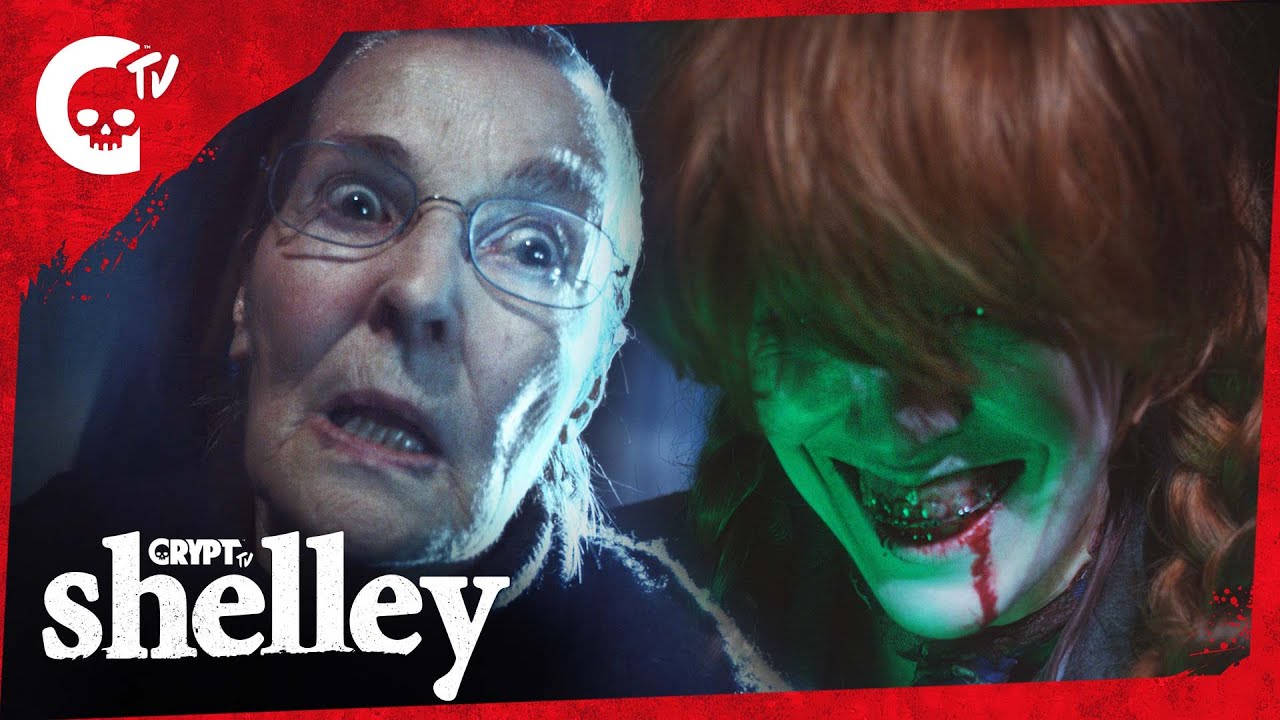 In The Horror Club’s review of Shelley season 1, we spoke about our concerns that the direction the series would take. It needed to be fresh and inventive, and break away from the typical ‘killer returns and takes revenge’ angle in order to stand out.

For season 2, it follows the same approach of its predecessor, but this time it’s the staff, as opposed to the students, who are terrorized by Shelley. While this is all well and has a social commentary about student/teacher relationships, we can’t help but feel that our concerns have been right. What makes this more frustrating is that Shelley opens up so many avenues for itself, such as the resurrection plot line, but never truly digs deep enough into them.

As a whole, the season feels an exact carbon copy of the previous one. Replace the students with the staff, add in some kills and a twist ending, and that’s it. And while Silvia Nightingale shines as Shelley (as she did in the first season), there was hope that the story would do more for her. Perhaps that’s the challenge with a web-series. There isn’t much room to have any bit of fat on the meat of the story. Some things get cut off when they shouldn’t.

It’s not to say season 2 is bad. Far from it. It just feels that you’re forcing yourself to like it. Season 3 is a lock, but we find ourselves feeling the same way we did last time out.